Stephen had recently purchased a unit in San Francisco, which he thought was a great location, filled with natural light. Although, the kitchen was a bit dated and he had three main issues: 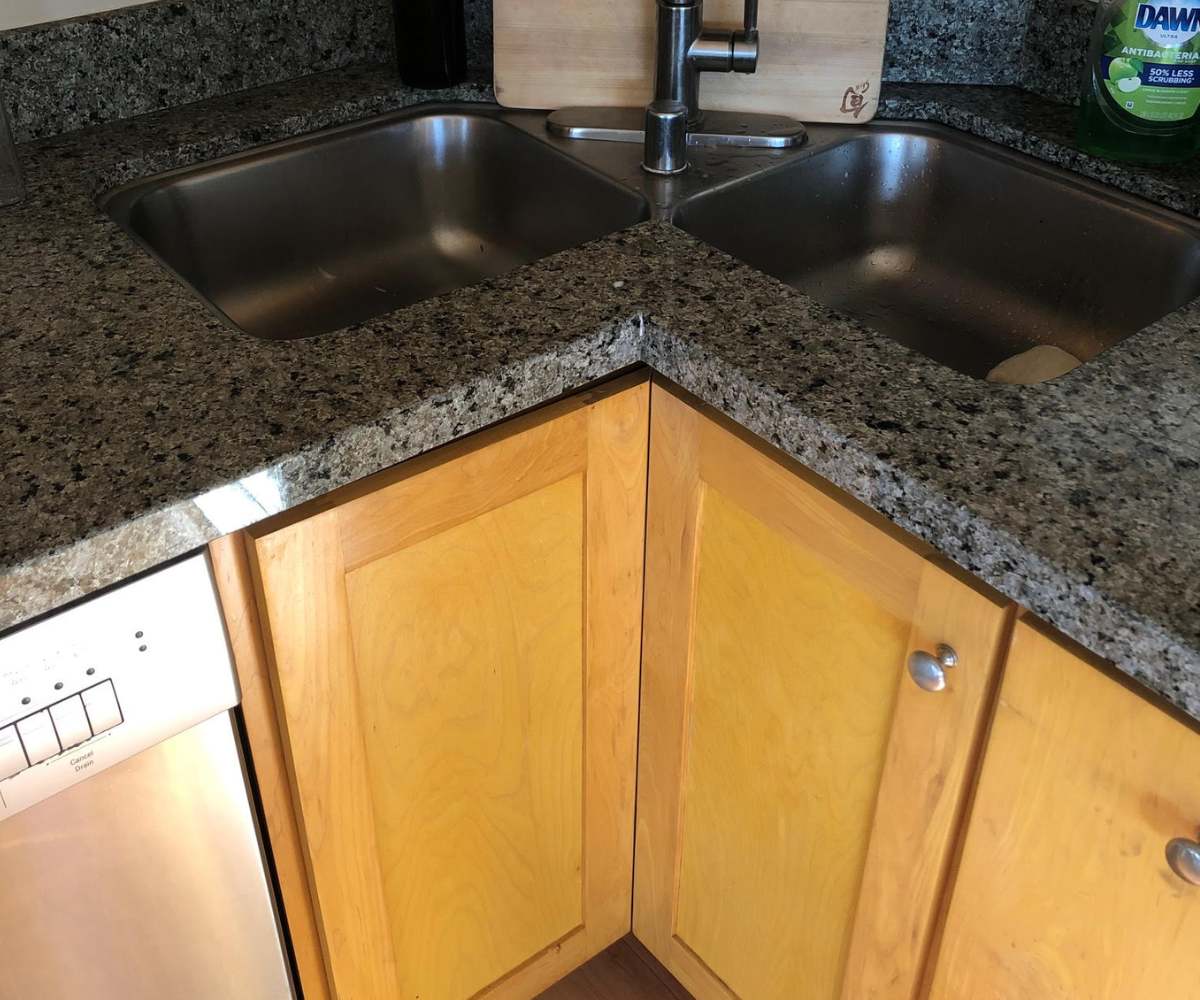 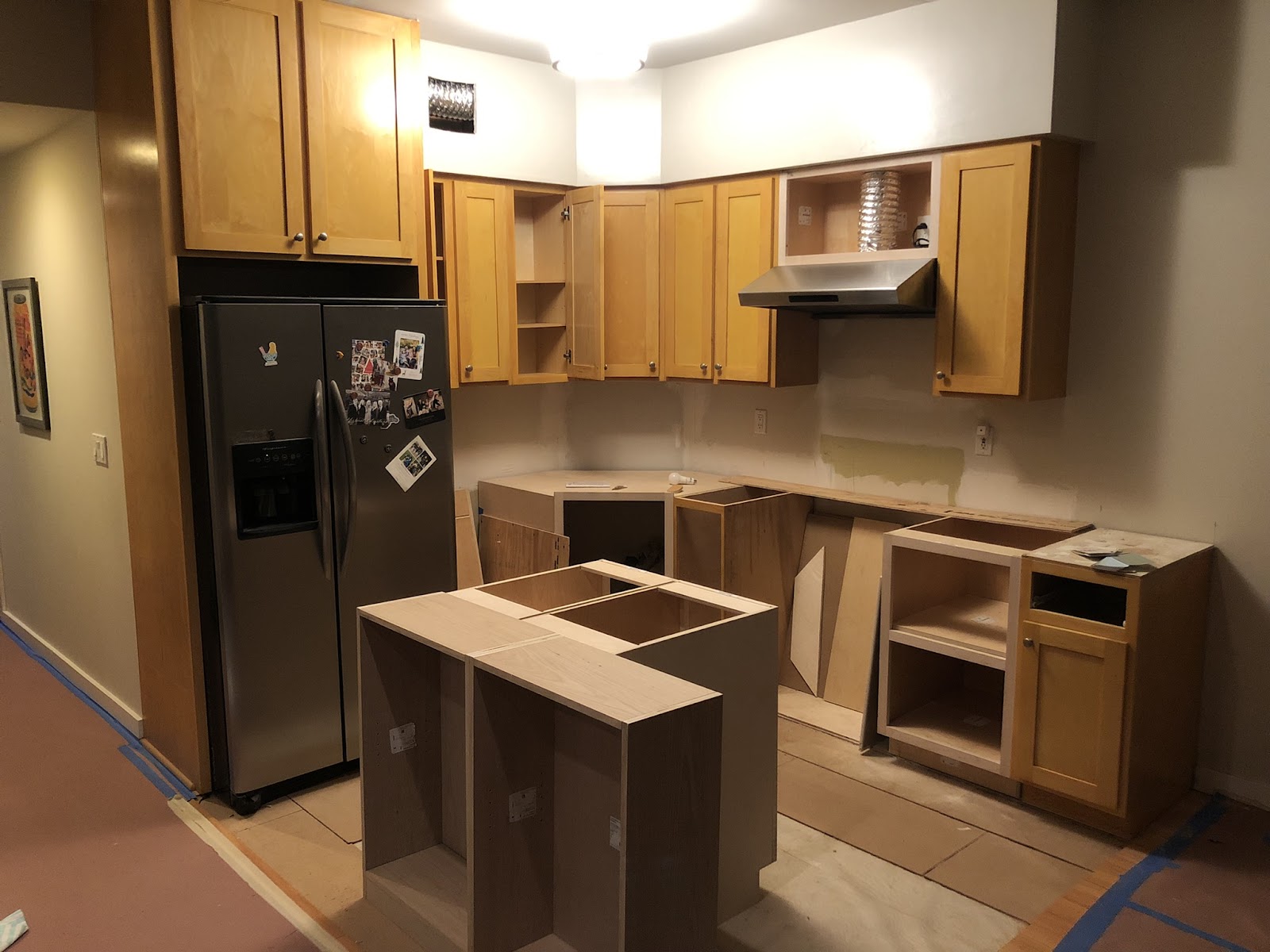 Stephen wouldn’t describe himself as a particularly handy individual, though he had a vision of what he wanted to build.

He spent a lot of time talking to custom cabinet manufacturers and more standardized manufacturers such as Home Depot. Although, neither presented a solution that he was very happy with. He would either be way over budget or would have to make a standard cabinet fit a customized space. That is when he turned to Googling solutions and came across CabinetNow.

Stephen says he was originally skeptical about ordering cabinets online until he had a conversation with our sales team. “They were extremely helpful! I spent 10+ hours talking to Jason P walking through every detail. He was helpful in telling me what could be customized and made recommendations along the way.” 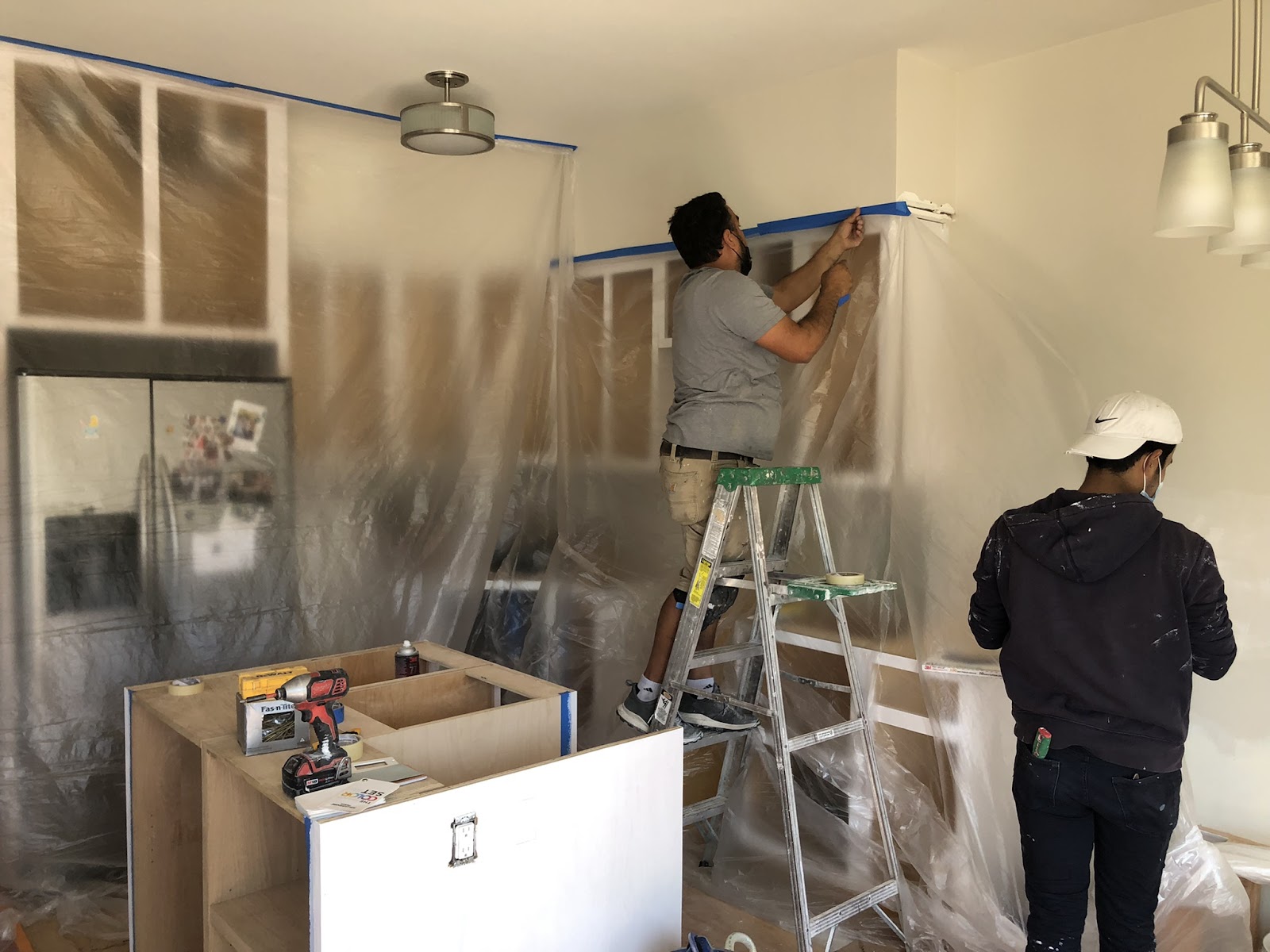 He ultimately decided to replace 1/3 of the cabinets and build a new permanent island. Materials came on time and were easy to assemble with the help of his handyman, Daniel. Not to mention, he was impressed by the quality of cabinets. After they decided they were satisfied with CabinetNow’s craftsmanship, they ultimately decided to place another order, replacing nearly all the cabinets. 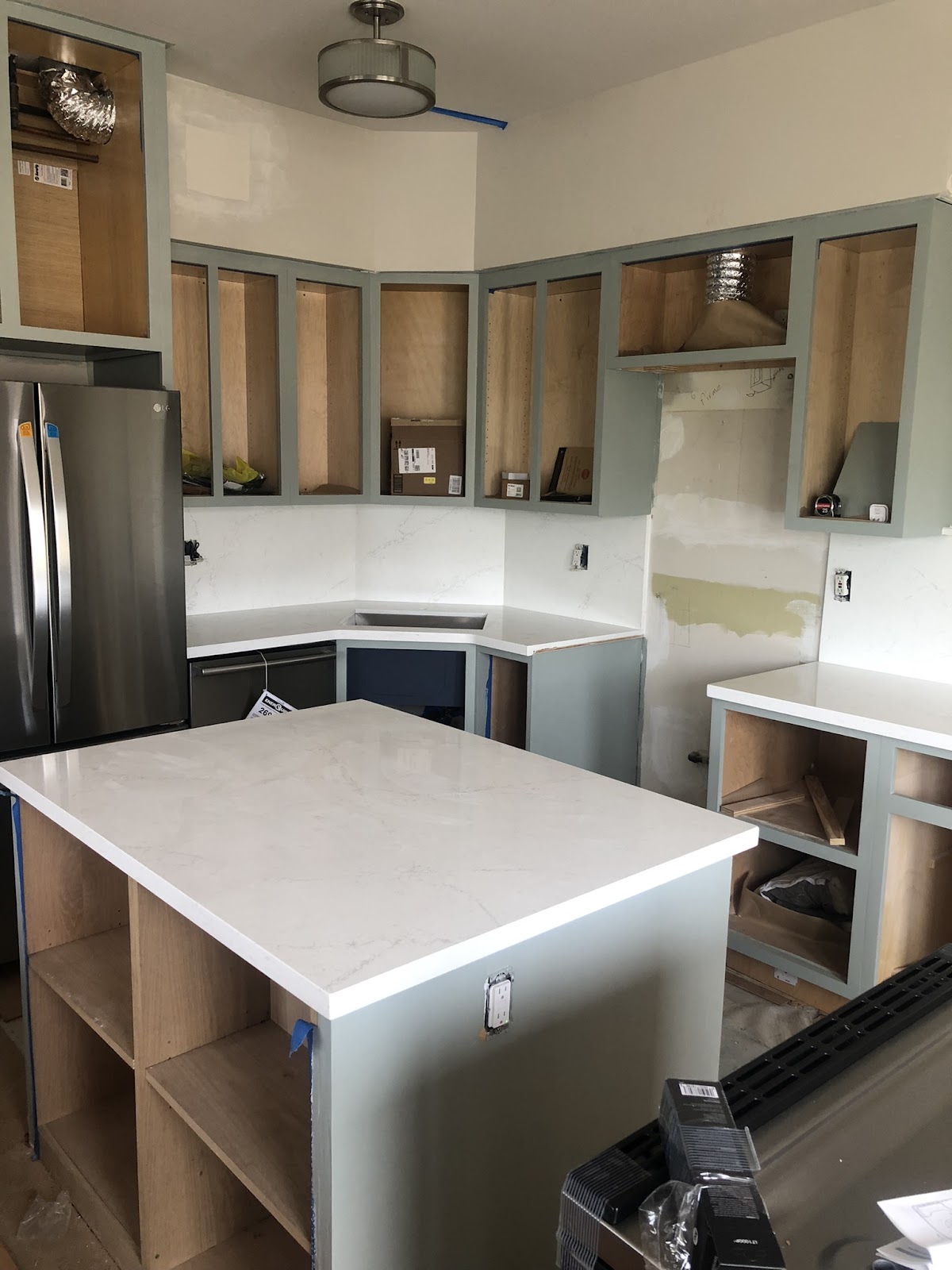 They assembled the cabinet boxes for their island, painted all the kitchen cabinets a beautiful sage green, and replaced the countertops with a chic white shade. The natural light in this San Francisco unit appeared more illuminated and modern with these simple changes made. 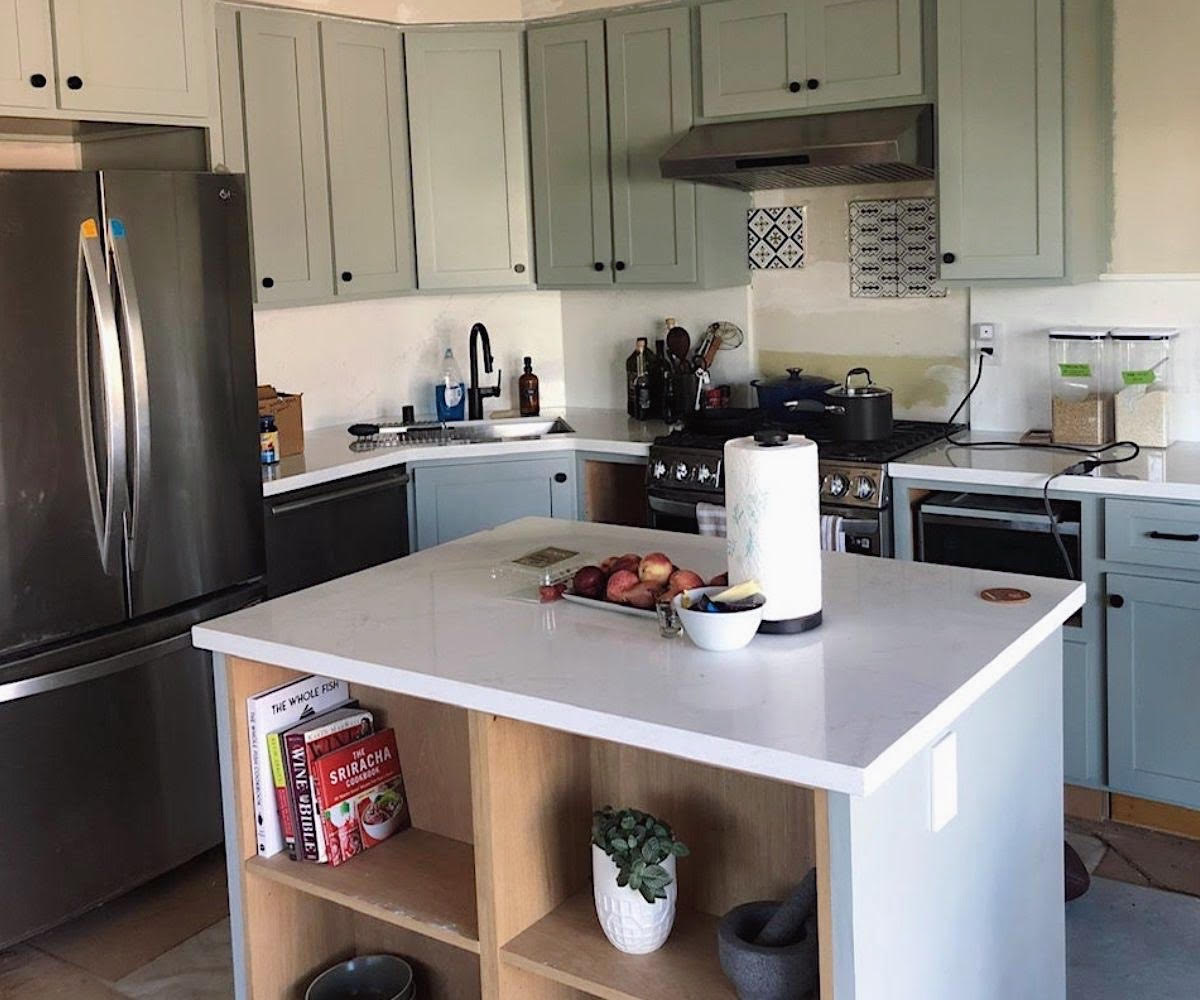 Stephen concluded by saying, “Being someone with minimal DIY experience, I am extremely happy with how the project turned out and it would not have been possible without CabinetNow and Jason P’s help. Thank you.”

If you are ready to start your kitchen remodel project, do not hesitate to contact us to get in touch with our cabinet experts who will help you from start to finish!